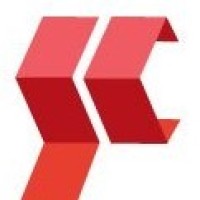 For some awkward reason, I seem to always be placed next to a mother and/or father and their infant baby when I travel or go out to eat. Considering that babies aren’t usually lining up for me to hold them and they usually cry when I even try to, I find this phenomenon pretty fascinating. The cuteness of a newborn is truly unparalleled, but so is the fall out and awkwardness when the baby goes into spazz out mode and nothing from the pacifier, to the actual bottle, to a diaper change or a sweet treat will silence them.

The most awkward part of the situation is not really for the baby, because I’m certain that at that point, they just want what they want; the awkwardness actually ends up on the parents’ shoulders. Imagine wanting someone to react or do something but not being able to communicate it to them? In these situations, there are more people involved than just the baby and the parents around them. There is also YOU!

Think about the last situation that you were in where you hoped in the end, there was a different outcome, but you just couldn’t control it. Consider that many parents feel that way. Most parents don’t bring their kids along with them for the sole purpose of ruining your day and subjecting you to their crying children. They bring them along because, well, they want to, are supposed to and should be able to.

Keep in mind that we are all put in awkward unwanted situations that we can’t 100% control. I absolutely crave peace, quiet and tranquility as much as possible, but I don’t live here on earth alone and neither do you, and quite honestly,  let’s be honest, we don’t want to.

So, the next time that you are forced to sit next to a mother, a father, a sister, a brother, a grandmother or a friend who is coping with a crying baby, be a little more sensitive to them. After all, sooner or later, you may be in the same situation, and you’d certainly want someone to sympathize with you.

One thought on “Shut That Baby Up!”